Welcome to Perfume and Aftershave reviews, where we have researched interesting facts about Jean Paul Gaultier Le Male Aftershave. We also test the aftershave to give you our honest opinion on how it worked and is it actually worth the money you are about to invest. This Jean Paul Gaultier aftershave is part of a huge collection of perfumes from the Gaultier fragrance Labs which I’m sure will wet your appetite for more.

Born 24 April 1952, Jean Paul Gaultier is a French haute couture and prêt-à-porter fashion designer. He is described as an “enfant terrible” of the fashion industry, and is known for his unconventional designs with motifs including corsets, marinières, and tin cans.

Gaultier founded his eponymous fashion label in 1982, and expanded with a line of fragrances in 1993. He was the creative director for French luxury house Hermès from 2003 to 2010, and retired following his 50th-anniversary haute couture show during Paris Fashion Week in January 2020.

Aside from his work in the fashion industry, Gaultier co-presented the first seven series of the television series Eurotrash with Antoine de Caunes from 1993–1997.

Gaultier grew up in a suburb of Paris. His mother was a clerk and his father an accountant. It was his maternal grandmother, Marie Garage, who introduced him to the world of fashion.

He never received formal training as a designer. Instead, he began to send sketches to famous couture stylists at an early age. Pierre Cardin was impressed by his talent and hired him as an assistant in 1970.

Then he worked with Jacques Esterel in 1971 and Jean Patou later that year again worked for Cardin managing the Pierre Cardin boutique in Manila for a year until 1974. Despite Gaultier’s youth, Cardin sent him to Manilla to manage the local office.

Imelda Marcos was one of his clients. He found himself on a “no leave” list and had to pretend to have a family emergency in order to leave. He never returned.

The BPI license was originally negotiated through 30 June 2016; however, Puig acquired the license for $79.2 million and paid $22.6 million for the early termination of the license. With this purchase, Puig now holds control of both the fashion and fragrance divisions of the Jean Paul Gaultier brand.

The 1993 women’s oriental floral Classique and the 1995 men’s oriental fougere Le Male have been described by the brand as “flagship” products that “represent all the Jean Paul Gaultier values”. Le Male was the top-selling men’s fragrance in the European Union in 2012, and holds a strong market position in Australia and the United States.

As of May 2020, the Classique, Le Male, and Scandal lines are in production. 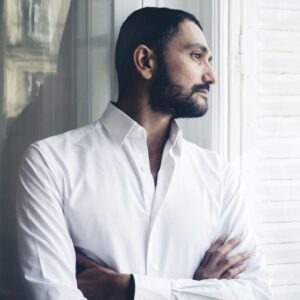 Le Male is a men’s fragrance created by Francis Kurkdjian for Jean Paul Gaultier in 1995. It has been manufactured by Puig since 2016, and was previously manufactured by Shiseido subsidiary Beauté Prestige International from 1995 until 2015. The fragrance was developed as a counterpart to the women’s fragrance Classique, which was introduced in 1993.

A number of flanker fragrances have since been released on the strength of the Le Male name. The most recent fragrance, Le Male Le Parfum, was launched in 2020.

However, he failed passing the competition to study at the Paris Opera School of Dance in 1983. Kurkdjian, who already had an interest in perfume making since he was thirteen years old, decided in 1985 to become a perfumer.

Kurkdjian continued his studies and obtained a master’s degree from the Paris Institute of Luxury Marketing.

In 1995, at the age of twenty-six, Kurkdjian created Le Male for Jean Paul Gaultier, one of the world’s best-selling perfumes. This became Kurkdjian’s first success at perfume making.

This was followed by more than 40 creations for major fashion designers and houses.

Since 1995, this fragrance has been on the market and it will remain so for a good while yet. You can buy this product for £40+ for a bottle of 125ml aftershave from Fragrance Direct and that’s great value for money. See bottom of the page for special offers.

On our testing, we found that the fragrance longevity was about 8 hours and sometimes longer which is great if you’re keeping those purse strings tight.

Reasons to consider when purchasing your Perfume

Description of types of Perfume