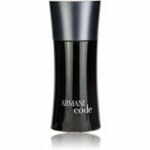 Welcome to Perfume and Aftershave Reviews website. Where we research the products giving you interesting facts about Giorgio Armani Code aftershave. We also test the product to give you our honest opinion on how it worked and was it worth the money you are about to invest. Giorgio Armani Code aftershave is part of a huge collection from  Armani fragrance Labs which i’m sure will wet your appetite for more.

I hope you enjoy this article and if you did then please share and follow us for more updates on this website. Giorgio Armani Code for men was first released to the public in 2016 and is a firm favourite for most people. 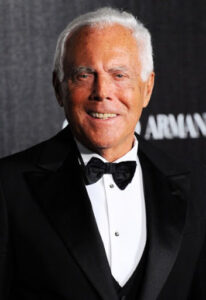 Giorgio Armani was born in an Italian town called Piacenza. He was raised with his older brother Sergio and younger sister Rosanna from his mother Maria Raimondi and father Ugo Arman.

While at High school at the Liceo Scientifico Respighi in Piacenza, Giorgio wanted to have a career in medicine. He enrolled in the Department of Medicine at the University of Milan. But after three years, in 1953, he left and joined the army.

Due to his medical background, he was assigned to the Military Hospital in Verona. Where he would attend shows at the Arena. He eventually decided to look for a different career path.

On July 24, 1975, he founded Giorgio Armani S.p.A. in Milan, with his friend Galeotti. In October of that year, he presented his first collection of men’s wear for Spring and Summer 1976 under his own name. He also produced a women’s line for the same season.

Giorgio Armani established an innovative relationship with the fashion industry, characterized by the 1978 agreement with Gruppo Finanzario Tessile (GFT).

Which made it possible to produce luxury ready-to-wear in a manufacturing environment under the attentive supervision of the company’s designer.

In 1979, after founding the Giorgio Armani Corporation. Armani began producing for the United States and introduced the Main line for men and women. The label became one of the leading names in international fashion. With the introduction of several new product lines. Including G. A. Le Collezioni,  Armani Underwear and Swimwear and Accessories.

In the early 1980s the company signed an important agreement with L’Oréal. It was to create perfumes and they introduced the Armani Junior, Armani Jeans, and Emporium Armani lines. And in 1982 by the introduction of Emporium Underwear, Swimwear, and Accessories.

A new store was opened in Milan for the Emporium line, followed by the first Giorgio Armani boutique. Armani’s concern for the end user culminated in the development of a more youthful product with the same level of stylistic quality as his high-end line. But at a more accessible price.

What can i say about this Armani Code aftershave.  It is a personal favourite of mine and I would be very happy to use this fragrance every day. It smells wonderful from when you first apply and it continues to do so for at least 6 hours.

With a scent of Bergamot and lemon in the back ground to give it that fresh feeling as it just keeps on giving. It makes your nose smell the pure joy of Armani Code. With a price starting at around £40.00 it`s a real bargain and if i had this as a gift every year, i would be happy!!

The reason why some perfumes are expensive really depends on what ingredients it contains which is why fake perfumes are cheaper. The reason for this is because the products are not natural but man made, to actually copy the scent.

Which is really a false saving because you will over time you will use twice the amount of the fake product for it to smell for the same time period as the original.

Description of Types of Aftershave

Well most people will put their aftershave in the bathroom or on their bedside cabinet by the window, but this couldn’t be worse for your perfume. Perfumes hate direct sunshine and damp places like a typical bathroom. So my advise would be to store it in a dark corner of your bedroom and it will last as long as the manufacturer specifications. 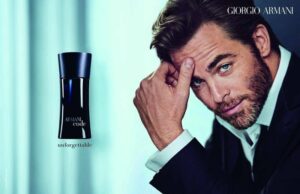 Thank you for reading my article, all comments are welcome so please leave them at the bottom of this page. The website is updated with new articles to advise you on past and present Perfumes and Aftershaves. Your welcome to follow me on this website and the latest article will be emailed to you direct.